Fulop and Menendez Huddle up at Stony Hill 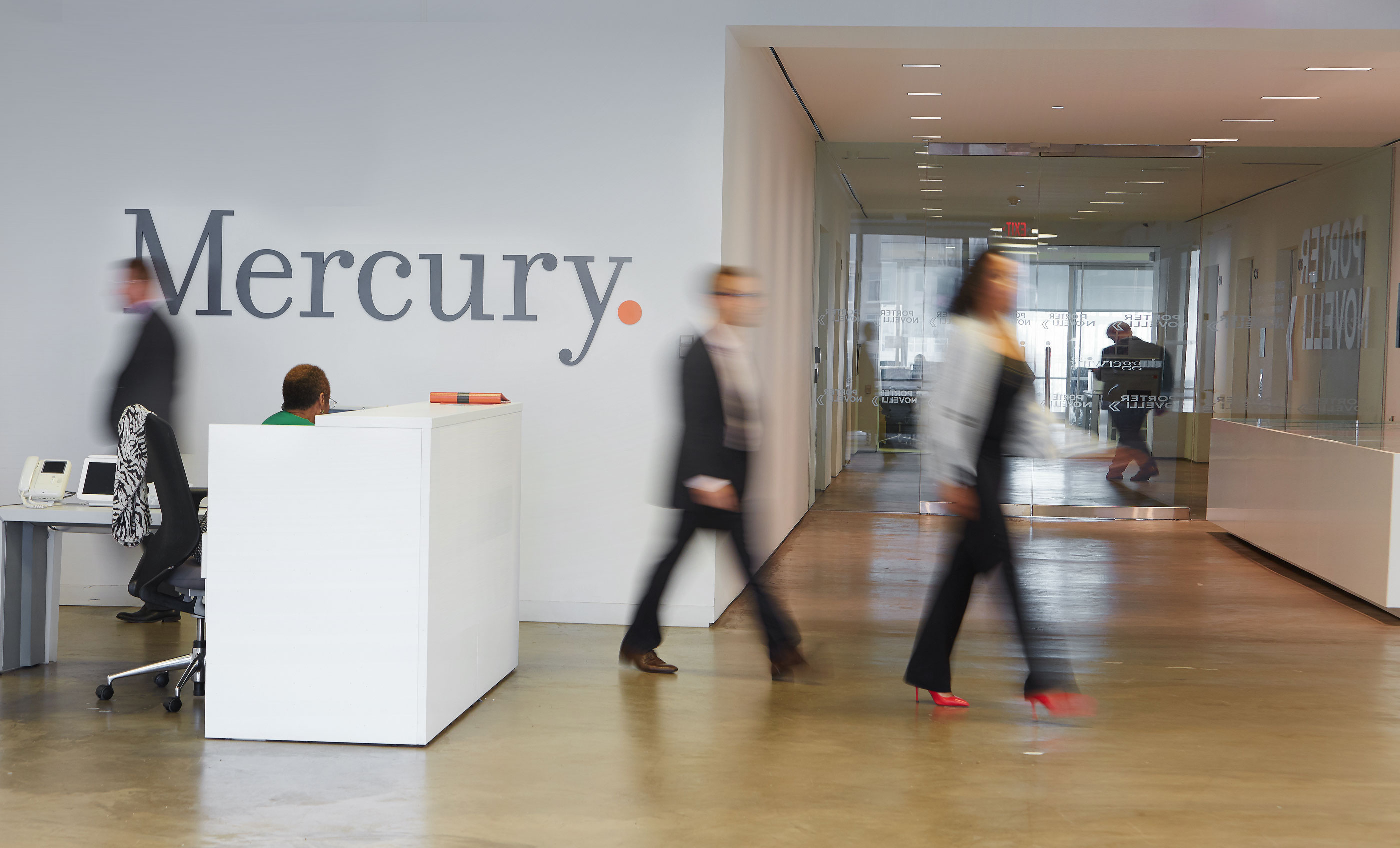 Washington, DC— National, bipartisan public strategy firm Mercury is pleased to announce the addition of award-winning financial journalist Michael Crittenden to its public affairs and media strategy team. Crittenden comes to Mercury after more than 7 years at the Wall Street Journal, where he covered the financial markets, U.S. politics and financial regulatory affairs, international economics, and Congress. He joins Mercury as a Vice President, and will be based in the firm’s Washington, DC office.

“Michael brings to the table a wealth of expertise at the critical juncture of finance, economics and policy, which is an invaluable asset to our clients,” said Mercury Partner Vin Weber, who leads the firm’s Washington office. “Michael’s unique understanding of Wall Street, Capitol Hill and the global markets will be critical in the work we are doing across all industries and policy arenas.”

“After being on the front lines of the major policy events of the last decade, I’m excited to use those experiences to shape strategy and define and solve problems for clients at the highest levels,” Crittenden said. “Mercury is loaded with talented and savvy leaders with the aggressive focus and drive to make a true difference. I’m thrilled to be part of the team.”

For nearly 15 years, Crittenden has served as an established and well-sourced public policy, political and economic journalist with extensive experience covering the intersection of international financial markets, federal policy and regulatory affairs. He has cultivated extensive relationships throughout the U.S. government, Congress, and federal agencies, while covering the Federal Reserve, U.S. Treasury, Dodd-Frank financial regulation law and foreign policy. Crittenden’s coverage, particularly his stories of the Federal Reserve’s actions at the height of the financial crisis and analysis of the Troubled Asset Relief Program, have been recognized for excellence, including a SABEW Best in Business award and a New York Press Club award.

Crittenden will begin his new role with Mercury Monday, April 20.

About Mercury Mercury is a high-stakes, bipartisan public strategy firm. The firm provides a comprehensive suite of services that includes federal government relations, international affairs, digital 1 influence, public opinion research, media strategy and a bipartisan grassroots mobilization network in all 50 states. Our firm is not just led by top talent — we distinguish ourselves by having senior talent deeply engaged in each project from start to finish, a promise we keep to clients. The firm has an established national presence, with offices in Washington, DC, New York, California, New Jersey, Pennsylvania, Florida and North Carolina. Mercury is a part of Omnicom Group Inc. Omnicom is a leading global marketing and corporate communications company. Omnicom’s branded networks and numerous specialty firms provide advertising, strategic media planning and buying, digital and interactive marketing, direct and promotional marketing, public relations and other specialty communications services to over 5,000 clients in more than 100 countries.

Caitlin Klevorick previously served at the Department of State under Secretary Hillary Clinton as a Senior Advisor to the Counselor and Chief of Staff, providing guidance and operational support on many high-stakes issues and events. She joins the Mercury New York City office as a Senior Vice President.

Mercury also announced the hiring of Mark Braden, a longtime political operative with experience in both presidential and statewide political campaigns. Braden most recently served as campaign manager for the 2014 re-election campaign of U.S. Senator Lamar Alexander. He joins Mercury as a Senior Vice President, to lead the firm’s operations in Tennessee and further expand the company’s operation in the South.

“Caitlin and Mark bring a breadth of communications and political experience that will be a major asset to our public affairs team,” said Mercury Chief Executive Officer Kieran Mahoney. “As a veteran of the Department of State Caitlin adds more talent to our growing international team, while Mark’s political expertise will be of huge benefit to our clients in Tennessee and around the country.”

“As a veteran of several high profile campaigns, Mark Braden brings with him a wealth of knowledge and experience,” said Mercury Partner Mike DuHaime. “Mark’s an invaluable addition to Mercury’s public affairs capabilities and he adds to our already formidable national footprint.”

During her time at the State Department, Klevorick worked closely with senior staff, USAID and Administration officials to manage communications and policy strategy on issues ranging from the relationship between Haiti and the United States, the triple disaster in Japan, and Internet Freedom and WikiLeaks. In the aftermath of the Haiti earthquake, she was part of a small team that launched the record setting mobile giving Text Haiti campaign that raised more than $36 million.

Prior to her service in the State Department, Klevorick was as a Vice President for a strategic communications firm specializing in crisis communications for start-ups, Fortune 500 companies, non-profits and high-profile individuals.

Additionally, she served as a consultant to the Clinton Foundation, President Clinton and Felix Rohatyn, providing research and communications guidance. Klevorick has worked on several other political campaigns for national and statewide office advising on communications, research and policy, including as an opposition researcher for the Democratic National Committee in 2004. She also brought these skills to her work on the New York City Olympic bid campaign (NYC2012).

“Mercury has long been known for providing strategic counsel to a vast array of high profile clients,” Klevorick said. “I’m excited to be part of the Mercury team and look forward to leveraging the firm’s capabilities with my expertise to provide successful outcomes for my clients.”

In 2012, Braden served as campaign manager for U.S. Sen. Bob Corker, the newly named chairman of the Senate Foreign Relations Committee. Braden was instrumental in Corker’s successful bid for reelection.

Prior to his work in Tennessee, Braden managed the re-election campaign of U.S. Senator Richard Burr. Braden also served as Chief of Staff and Communications Director of the North Carolina Republican Party under NCGOP Chairman and former United States Congressman Robin Hayes.

“I’m thrilled to be joining Mercury’s outstanding team,” Braden said. “Mercury is known for getting results for their clients and I’m looking forward to helping to advance that expertise here in Tennessee.”

Mercury is a high-stakes, bipartisan public strategy firm. The firm provides a comprehensive suite of services that includes federal government relations, international affairs, digital influence, public opinion research, media strategy and a bipartisan grassroots mobilization network in all 50 states. Our firm is not just led by top talent — we distinguish ourselves by having senior talent deeply engaged in each project from start to finish, a promise we keep to clients. The firm has an established national presence, with offices in Washington, DC, New York, California, New Jersey, Pennsylvania, Florida and North Carolina.

(New York, NY) – National, bipartisan public strategy firm Mercury today announced that Charlie King, CEO of the multi-entity firm CGK Partners, LLC, has joined Mercury as Co-Chair of New York, where he will focus on public strategy, government affairs and political and grassroots campaigns. “I am excited to welcome Charlie and his team to Mercury,” said Mercury Managing Partner Kieran Mahoney. “His career and expertise will be an invaluable asset to the firm. It’s a testament to Mercury’s strength that we are able to attract talent like this to further expand our presence in New York and nationally.”

King has been a fixture in New York politics, government and advocacy, dedicating more than 25 years to serving New York in both the public and private sectors. Most recently King served as a senior campaign advisor to Andrew Cuomo’s re-election campaign, and was formerly the State Executive Director for the New York State Democratic Party. King also ran Congressman Charles B. Rangel’s re-election campaign.

In 2000 King was appointed by President Clinton to serve as a top official of the New York and New Jersey region of the Department of Housing and Urban Development (HUD), replacing Bill de Blasio as the New York/New Jersey Regional Director for then-HUD Secretary Andrew Cuomo. In 2002 King ran for Lt. Governor, serving as the running mate for then gubernatorial candidate Andrew Cuomo, and in 2006 King ran unsuccessfully for New York State Attorney General. During his extensive career, he has served as Acting National Director for National Action Network, one of the nation’s leading civil rights organizations, and as an advisor to Rev. Al Sharpton. In 2007 King founded his own firm, a private political, governmental and corporate consulting business. King is a graduate of Brown University and New York University School of Law where he was honored as a Root-Tilden Scholar. He has a wife, Vanessa, and two daughters, Nicole and Caroline. Nicole was recently accepted to Brown University, Class of “I have known Charlie for many years and working with him has always been a pleasure. His wealth of experience is tremendous,” said Hon. Fernando Ferrer, who also is Co-Chair of New York. “I look forward to working together as Co-Chairs to grow Mercury’s New York operation.”

“Mercury is an exceptional firm with far reaching capabilities. I look forward to expanding the work that I do for our clients,” said King. “It is a rare privilege to get to work with a team this great, and I hope that this move will prove beneficial for everyone involved.” King’s business partner, Jan Feuerstadt will also join Mercury’s New York City office as a Managing Director. In her new role with Mercury, Feuerstadt’s focus will be on government relations and building relationships with new and existing clients. King’s former associate, Sarah Paden, will also join the Mercury team as a Director. King and his team start their new roles with Mercury on January 5, 2015.

Mercury is a high-stakes, bipartisan public strategy firm. The firm provides a comprehensive suite of services that includes federal government relations, international affairs, digital influence, public opinion research, media strategy and a bipartisan grassroots mobilization network in all 50 states. Our firm is not just led by top talent – we distinguish ourselves by having senior talent deeply engages in each project from start to finish, a promise we keep to clients. The firm has an established national presence, with offices in Washington, DC, New York, California, New Jersey, Pennsylvania, Florida, and North Carolina.