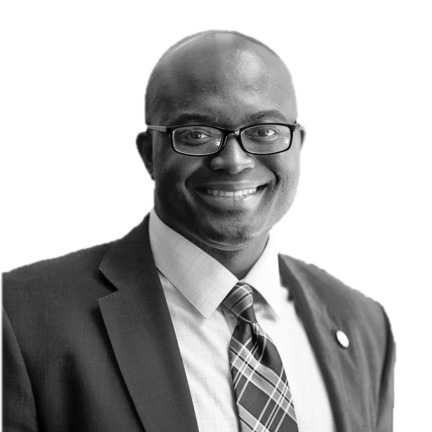 Liberty Fellow with the Aspen Institute

His career spans government, politics, the military, and the private sector. Currently Clay serves as a Managing Director at Mercury, a global public affairs firm; a Lieutenant Colonel in the SC Army National Guard serving as a Battalion Commander, and a philanthropist. A combat veteran and Bronze Star Medal recipient, he has served in a variety of key government and senior-level positions with the Obama-Biden Administration, Biden-Harris Transition Team, Former Secretary Hillary Clinton, Senator Cory Booker, U.S. House Majority Whip Jim Clyburn, and the City of Charleston, SC.

Through mentorship, motivational speaking, and teaching leadership development, Clay is passionate about cultivating people to be significant and creating equitable opportunities. His work ethic, attention to detail, honors and recognitions are rooted in his reputation of cultivating solutions that matter.

In addition to his civilian career, Clay also has an impressive military one as well. He has been given challenging assignments due to his leadership and ability to cultivate results. In addition to his combat and operational experiences, he has supported a number of federal and state missions and served on the SC National Guard Association Executive Council.

Clay’s commitment to public service and his personal mandate to solve problems and create opportunities is woven into every facet of his life. His vast community service work in education, housing, economic development, social justice, veterans and military families issues embodies a reputation of selfless service, determination, and being a change agent.

He and his wife, Nicole, established the Clay and Nicole Middleton Family Fund to provide graduating high school students with need-based scholarships, called “C” Student to “C” Suite. Their mission is to motivate young people to keep pressing forward, never give up, and remind them that there is no substitute for hard work.

Clay has provided political commentary in The Atlantic, The New York Times, The Guardian, The Economist, CBS, Fox News Channel, and various other media outlets. As a Fellow with the Aspen Institute, a Defense Council member with the Truman National Security Project, and an elected Democratic National Committeeman, Clay is able to collaborate with other leaders to seek common ground and tackle pressing problems together. Clay continues to forge new relationships and marry strategic thinking to strategic action.

Clay firmly believes that intentions are good, but results matter. He continues to use his unique blend of government experience, political knowledge, and military training to fulfill his purpose and make a meaningful impact in the lives of others.

A native of Charleston, SC from Bayside Manor, Clay earned his undergraduate, graduate degrees, and leadership certificate from The Citadel – the Military College of South Carolina. He is a graduate of the United States Army Command and General Staff College and the Reserve Component National Security Course at the National Defense University. Clay serves on a number of civic boards and committees and has active membership with several community organizations. He and Nicole are the proud parents of two energetic boys, Jeremiah and Joshua.