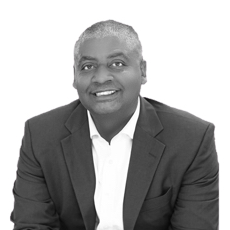 Edu was one of the first members of the Eric Adams for Mayor campaign, and served as an advisor for the campaign and City Hall transition.

With over 20 years of experience working in the NYS Legislature and NYC Council, Edu brings a wealth of knowledge to Mercury. He began his career in government under the leadership of former NYS Assembly Member Aurelia Greene, who was then the Chair of the Assembly Committee on Banks. He has also served in a number of managerial positions for multiple New York elected officials.

As an educator and an entrepreneur, Edu was previously an educational and political consultant where he conducted workshops with New York City Department of Education administrators, parents, and students regarding civic and parental engagements, college and career readiness, and financial literacy.

From 2017 to 2019, Edu served as the Director of Intergovernmental Affairs and Community Engagement at Moving Mountains, an organization that provides access and opportunity for participants to learn the creative and business sides of the arts.

Edu is a graduate of SUNY Albany with a BA in Humanities and an MA in Economics with a concentration in Public Finance. He is currently a State Democratic Committee member and District Leader in Brooklyn.