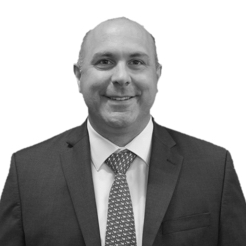 Graduate of The College of New Jersey and Rutgers University

Kevin Drennan serves as Managing Director in Mercury’s Westfield New Jersey Office where he specializes in government affairs. In this role, Kevin is responsible for strategic advising and legislative advocacy.

Most recently, Kevin served as Executive Director/Chief of Staff in the New Jersey Senate Majority Office. As Executive Director/Chief of Staff, he managed a staff of 40 people, created the policy agenda as well as communications plans to drive the agenda forward. Some key policy successes include the elimination of cash bail, legalization of cannabis, stabilization of Atlantic City, improvement of the lives of individuals with intellectual disabilities, increasing the minimum wage, expansion of paid family leave, improvement of K-12 funding, creation of the first Urban Research University, the development of the state’s first veterinary school, the rebirth of the City of Camden, improvement of the State’s economic incentives, movement towards increased development of solar and wind and the stabilization of the state’s three nuclear power plants.

Before joining the New Jersey Senate Majority Office, Kevin worked at a prominent telecommunications and entertainment company in New Jersey where he worked with regulatory agencies, government officials, and other regulated companies related to the telecommunications industry. He also worked in the healthcare field leading the government affairs team for one of the nation’s largest companies in New Jersey, Connecticut, and Rhode Island.

Kevin earned his B.A. in Political Science from the College of New Jersey and a Masters in City and Regional Planning from Rutgers University. Kevin lives in Hamilton, NJ with his wife Rachel Holland and two daughters Eva Marie and Jacqueline.