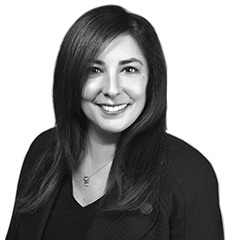 Lisa brings two decades of nonprofit and lobbying experience and a strong record of successful impact on landmark civil and human rights issues to the table, which she uses to counsel clients on developing legislative priorities, identifying key stakeholders, and maximizing the levers of government to their benefit.

Head of own government affairs firm

Volunteers at the Unity House of Troy, donates time and expertise to staff and students at Catholic High School, and regularly participates in events and fundraising for the Susan B. Komen organization

State Representative for the UJA Federation of New York

Lisa Reid is a Managing Director at Mercury, where she leads government relations campaigns in Albany.

Bringing two decades of non-profit and lobbying experience to the table, Lisa counsels clients on how to develop legislative priorities, identify key stakeholders, and then maximize the levers of government – on both sides of the aisle – to their benefit.

Lisa has vast experience in healthcare and is an expert in the complicated structure of the many rules and regulations in New York’s healthcare system. From leading the charge on New York’s fledgling medical marijuana, adult-use legalization bills, and hemp programs to her extensive work with the Office of Alcohol and Substance Abuse Services (OASAS) and the Office of Mental Health, Lisa has had a significant voice in many of the most important health care policies enacted for almost two decades.

Lisa works intimately with her clients to make sure they understand potential, legislative and funding priorities, and develop strategies to ensure they receive the attention they deserve.

Following 15 years as a social worker, Lisa began her lobbying career as the State Representative for UJA Federation of NY. She continued representing UJA when she opened her own government affairs firm, where she played an integral role in getting domestic partner status codified for the first time. Her tireless efforts and advocacy helped ensure legislation giving same-sex couples the right to marry in New York State.

More recently, Lisa worked to legalize the safe, controlled use of medical marijuana. She also led the charge to legalize the sale of safe sparklers in New York, allowing families to celebrate the Fourth of July and other holidays with a great American tradition.

Lisa uses her hands-on policy experience to make nuanced, complex policies both understandable and human – and then utilizes her close relationships with elected officials on both sides of the aisle to ensure client priorities are funded.

In her spare time Lisa is a volunteer at the Unity House of Troy, donates her time and expertise to staff and students at Catholic High School and regularly participates in events and fundraising for the Susan B. Komen organization, and is the Vice President of the Board of Directors at Green Tech in Albany. Lisa lives in Troy with her two daughters.