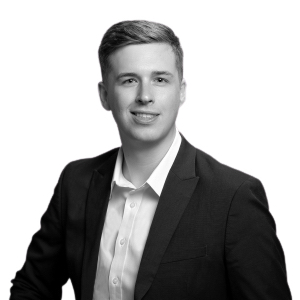 Graduate of The University of Tampa

He comes to Mercury from Equality Florida, the state’s largest LGBTQ civil rights organization, where he served as Communications Manager. There he headed up digital strategy, media relations, and was a contributor to legislative fights against the Transgender Youth Sports ban and “Don’t Say Gay” bills, which garnered international attention.

Michael is President of the Hillsborough County Young Democrats, a member of the Hillsborough County State Attorney’s Community Council, a graduate of New Leaders Council Tampa Bay, and an elected delegate to the 2020 Democratic National Convention. In 2021 he was also named a Rising Star in Florida Politics Influence Magazine. Recently, Michael was invited to speak at Harvard Law School’s Child Advocacy Center about his experience as a prominent LGBTQ advocate and about the progressive infrastructure of Florida.

Michael got his start in the political process as a volunteer for Barack Obama and Hillary Clinton’s Presidential campaigns. He continued this work locally as a trusted member of Equality Florida’s PAC team for Mayor Rick Kriseman, Representative Jennifer Webb, Mayor Jane Castor, and President Joe Biden.

Michael earned an undergraduate degree in Advertising and Public Relations with a minor in Graphic Design at The University of Tampa.